Ho Ho, Is That The Stupid Idea Train Coming ‘Round The Bend? 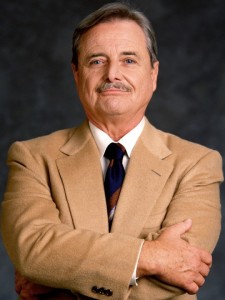 The following is a guest blog post by Gemma. If you’re interested in contributing to this blog contact us with your ideas and we’ll look them over.

*I apologize if the following contains any misspellings of Mr. Feeny’s name to “Weeny”. Any such occurrences are completely accidental.

If Boy Meets World and Girl Meets World are supposed to be reflections of real life it needs to be acknowledged that in real life people in their 80s are typically at the end of life. George Feeny is at the end of his life. It’s not something to be sad about, death is as much a part of life as first crushes, school or marriage is. Those are all topics both Boy and Girl have covered and in fact the latter has already handled a character’s death with Mrs. Svorski, so I think they can do it again. Stupid idea? Everybody lost their collective heads when they thought Mr. Feeny was a ghost in Girl’s Pilot. Well…

Mr. Feeny’s passing makes sense. Handling it now wouldn’t be the same as ripping him away from us and leaving him as a ghost and it’s not as if the writers would be going out of their way to kill off a father only so his son’s life could continue to be needlessly nuked by narrative; Feeny’s arc seems complete. Girl’s existence allows us to say goodbye and with it entering what will probably be its penultimate season we don’t have many chances to do that, and we should count ourselves lucky that we could get to see this play out and not have to imagine how it would have. It’s a story that Boy fans might remember as being something about it Girl got exactly, perfectly, right.

But in order for that to happen Mr. Feeny needs to tie up one mother of a loose end before he leaves us – Eric. The eminent William Daniels (the man who brings Feeny to life) has agreed to appear on the first episode of each season of Girl and this opportunity needs to be seized so Eric and Mr. Feeny can have closure should they retire his character. Whether that happens or not Feeny and Eric NEED a scene together; I’d trade Shawn and Angela for this. It’s a scene Will Friedle should write, who better to write a final scene between Mr. Feeny and Eric than the man who knows Eric best? Will’s the only writer who was able to balance both shows when he penned Girl Meets Semi Formal, so he’d be perfect to tap for this. Better yet, both Will and William (they’re both named William…this only JUST occurred to me) could write it together.

Eric and Mr. Feeny’s relationship was slow to develop on Boy but it grew like a flower in Feeny’s garden. Starting plainly enough with Eric hitting on Feeny’s niche Jessica, eventually an incredible bond took hold. You’re going to have to watch the entire series to appreciate it, but a conversation about love at a bar in Boston, a figment of the teacher teaching the student and the student teaching the teacher were some moments that stand out to me. Eric even encouraged Mr. Weeny’s relationship with Lila Bolander and served as Best Man at their wedding. And when you can shout at your neighbour like a howler monkey to beckon him from his house, and he allows it, you know you’ve got a special friendship.

Their relationship is indelible. Eric is the only original recipe character wholly familiar to me in Girl’s new world – Cory, Shawn and Topanga feel like partially painted portraits of themselves where he is a Van Gogh – I truly believe this is because Mr. Feeny’s influence on him is obvious (Cory may be a teacher but he is nothing but a poseur). The fact that Eric’s now responsible for implementing legislation is unquestionably questionable but I’m not mad at his good-guy politician persona because of how it relates to his connection with Feeny. The Feeny Force (forgive me, I just saw Star Wars) is strong with Eric in Girl Meets Mr. Squirrels, he doesn’t know how to use it yet but he’ll hone it. This relationship is too important to the shows and who Eric has become not to have a final scene.

An Eric/Mr. Feeny scene is really my only prerequisite to saying goodbye to Feeny, so now on to the unpleasantries. Look, I KNOW it’s Feeny but writing a story of everyone he loved and who loved him coming to terms with his death and celebrating his life could be incredibly powerful and it could benefit everyone on canvas. Cory, Shawn and Topanga’s unfamiliarity I think is a symptom of Girl needing to endear a new audience to a new generation of characters, resulting in incomplete depictions of them. In addition to Eric Mr. Feeny has shaped these three and Feeny’s passing could be the fillip that reintroduces me to those characters and friends I used to know. I can’t see them react to his death in a way that isn’t in step with their original characterizations and having Riley & Co. (and the new audience) see that could be a “Texas”- like incident that changes the dynamic between everybody to one that makes more sense to the history of the universe. It’s only unfortunate that this change would come so late in the series.

When it comes down to the nuts and bolts of this issue my going on feels self-indulgent. Mr. Feeny is a character that means so much to a whole generation so I wanted to get some of their thoughts on his potential passing. Here’s what some kids getting acquainted with the Internet think about ending his character:

I think they should retire him after the character of has died off screen. I think Riley, after Mr. Feeny’s funeral, should try to help her Mum, Dad and Shawn cope. Also, get a clip show in there to highlight the best moments of Feeny on Boy Meets World. – Charlie

I would rather it not happen. Mr. Feeny has joked before that he’s immortal and I’d love for him to live on forever in T.V. land. If it HAS to happen the episode needs to be about Boy/Feeny, the kids should only be in the episode to pay respects; they all can visit him before he passes away (off screen) and that’s how they’re involved. The episode needs to be in Philly in the Matthews’ house or Feeny’s and EVERYBODY needs to be there. I wanna see Cory, Topanga and Shawn talking about the influence Feeny had on them and a montage of Feeny moments too. Lastly, I want a scene with Cory, Topanga and Shawn saying goodbye to Mr. Feeny. Just them. – Taylor

They need to do an Eric and Mr. Feeny reunion before he passes on. I wanna hear one last Feeny Call. – Megan B.

I don’t think they should kill him off. I think the best way to write off Mr. Feeny would be for him to sell his house and move to the country (like when he almost retired in Boy). It could be a nice send off. This would also be a good opportunity to have Eric do The Feeny Call one last time at the fence and to have the rest of the Matthews family send him off as well. – Amanda

I was lucky enough to watch the entire series of Boy in real time, Mr. Feeny was a teacher to me in the awkward years that span elementary and middle school. The truth is that I don’t want to live in a world without Mr. Feeny, ever. Even if the actor dies I want to feel like Mr. Feeny is there in Philadelphia, waiting to chat with me if I need him. I want him to be timeless like Obi Wan Kenobi. The world needs Mr. Feeny, or at least the idea of him. – Nan

They should kill off Feeny because the actor could die. The kids don’t need to really be in it now that everyone knows Cory, Topanga, and the gang. It would be fitting to use one of the times Bill Daniels appears in a season opener to eulogize someone whose words, albeit scripted, shaped our lives. – Jeremy

My main feeling about retiring Feeny is that I think it would be awful if William Daniels died before they gave the character some kind of send-off. If he passed they would HAVE to do a tribute to him but he’d never get to see it. Boy and Girl Meets World are all about life lessons. As hard as it would be to see Feeny die, that’s life. The ultimate life lesson is that all things come to an end and that’s okay. We’ll always cherish the time we had with him. – Dan

When I opened the floor to KGAWI’s listeners one reminded me that I need to state my bias, and I think you’re supposed to do this at the beginning but whatever, here it is: I like death in storytelling…a lot. When executed well I think it’s the best device storytellers can use to ironically advance a story, because not often is the actual death important. Going through the loss of a loved one births experiences and what’s important is how, or if, they change us. No matter what those experiences are for us or Girl, like our real life loved ones and Mrs. Svorski in Auggie’s case, we will never be without Mr. Feeny if we don’t want to be. The dreaming, trying and doing good didn’t stop in the timeframe between Boy and Girl, and it never will.

All media used in accordance with Section 29.1 of the Fair Dealing provision of The Copyright Act.

Comments on: "Ho Ho, Is That The Stupid Idea Train Coming ‘Round The Bend?" (2) 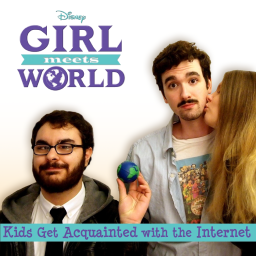 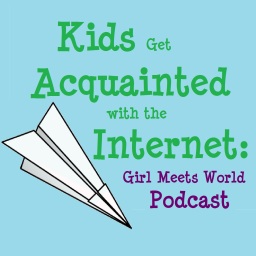 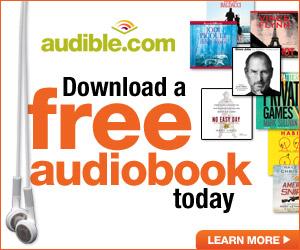